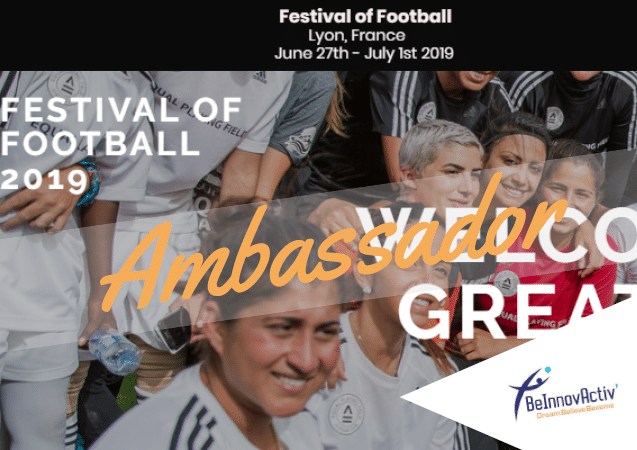 The festival of football is a 5-day extravaganza – centred around a marathon world record football match.

For far too long, women and girls have been in the shadows of the sport – fighting against outdated perceptions that football is not for girls. Equal Playing Field wants to bring these women and girls – and their supporters – out of the shadows.

That of the largest number of players ever to play in a 5 a side game AND that of the 11 a-side game with the most nationalities.

For many years, women and girls have been on the sidelines of sport. It’s about time to change! The Festival of Football, was another milestone for the movement.

As BeInnovActiv’ and EPF share a common passion for football and common values, it is no surprise that Carole has joined the EQF team of ambassadors and contributed to the Festival of Football lin Lyon as liaison officer.

Should you want to see some on the spot videos and pictures, visit EPF FB page